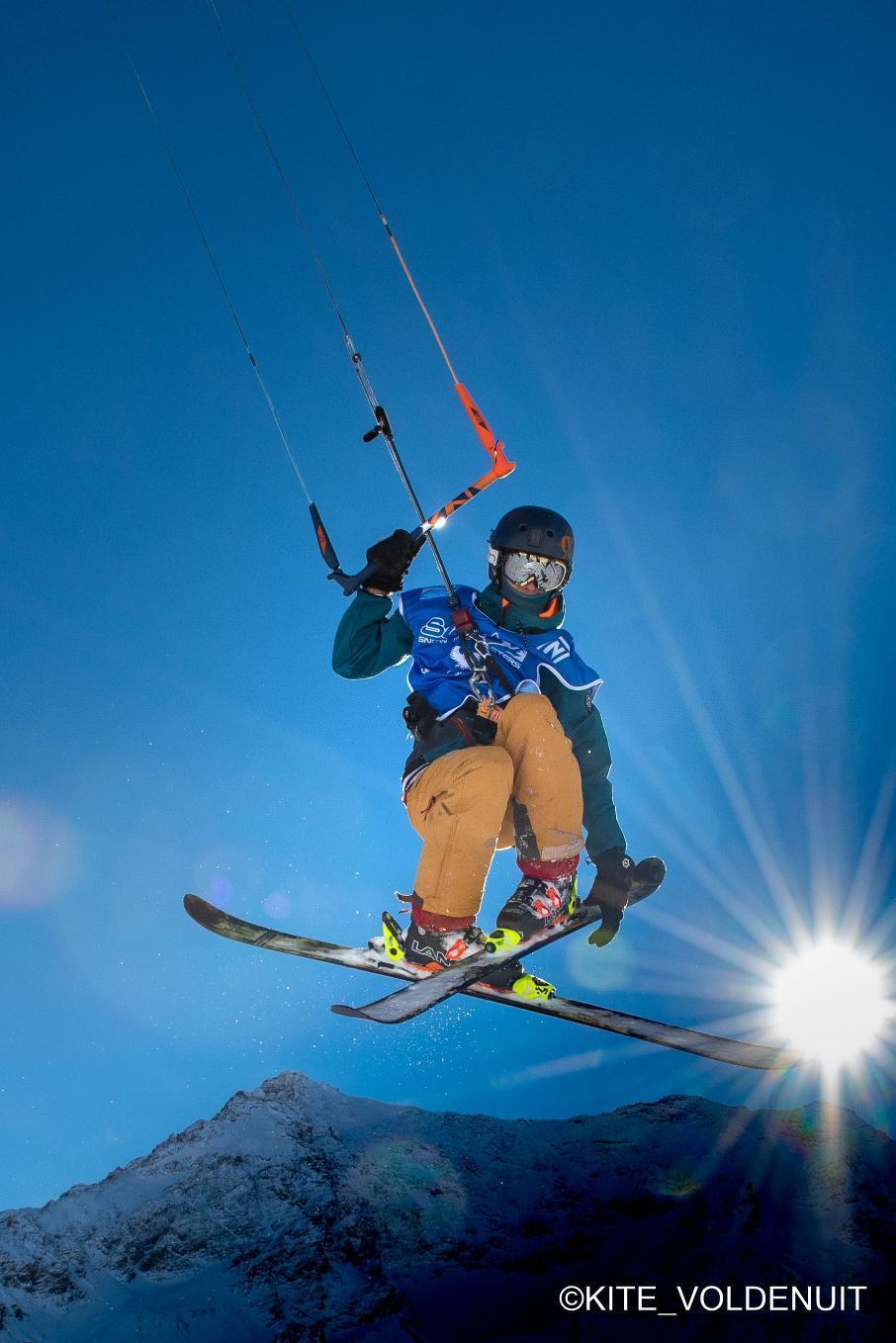 Eloi Rondeau, our king of the mountains

By TIANA LAPORTE11 February 2022No Comments

KING OF THE MOUNTAINSELOI RONDEAU

Get to know our king of the mountains inside and out.

What does kiteboarding represent to you?

Kiteboarding is first and foremost a form of freedom for me. To go and explore, to see beyond a mountain, at the bottom of a valley, to fly above a rock… Occasionally to succeed in unplanned tricks… The great thing about kitesurfing is that it offers something for everyone. If you practice only one aspect of kiteboarding, you will miss out on a great deal !

What are your goals/challenges for the years coming?

For snowkiting, I have in mind many different areas to explore over several days with nights in a bivouac thrown in. Depending on snow conditions, I’ll try to discover as much as possible. Furthermore, I would like to progress in freestyle with beautiful high rotations.

On the water, I would like to learn wing and progress further with foil.

I recently competed in the World Snowkite Master Championship and the French Championship in Freerace Snowkiting (CFSK).

3 judges noted the amplitude, the style, the difficulty, but also the originality of the figures. In skiing, my specialty, I finished on the 2nd place of the podium, behind my friend Didier Botta. To vary, this year, and since I always say that you have to try everything in kite, I also participated in snowboard. I finished at the 5th place behind some big names in snowkiting : Chasta, Lolo BSD, the Czech Mareck Murphy Zack … Not bad for a first time in snowboarding, isn’t it ?

Exactly 2 years after the last French Freerace Snowkite Championship (CFSK) that I won on Shaman V2 9m2 in very changing wind conditions, the competition was held again on the Auvergne heights, at the Col des Supeyres. It was a year of sunshine, snow, and friends.

On the other hand, the wind remained weak throughout the four heats run during the competition, so I only used my Spirit 15m2, which is my most powerful kite.

In general, the rules remained the same: start in line, punch three markers in the order you want, return to the starting point, and link as many laps as possible within the time limit. It was a very nice competition format accessible to everyone.

I finished fourth in this competition. I’m pleased with this result, and the Spirit performed well in these not-so-easy conditions. As a result of its power bottom, I was able to pass the very light wind areas calmly, where many kites fell. 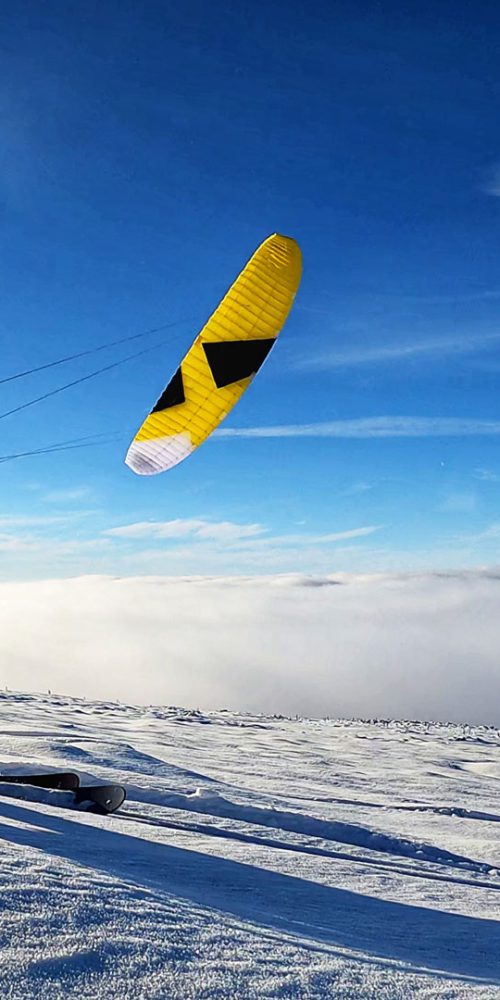 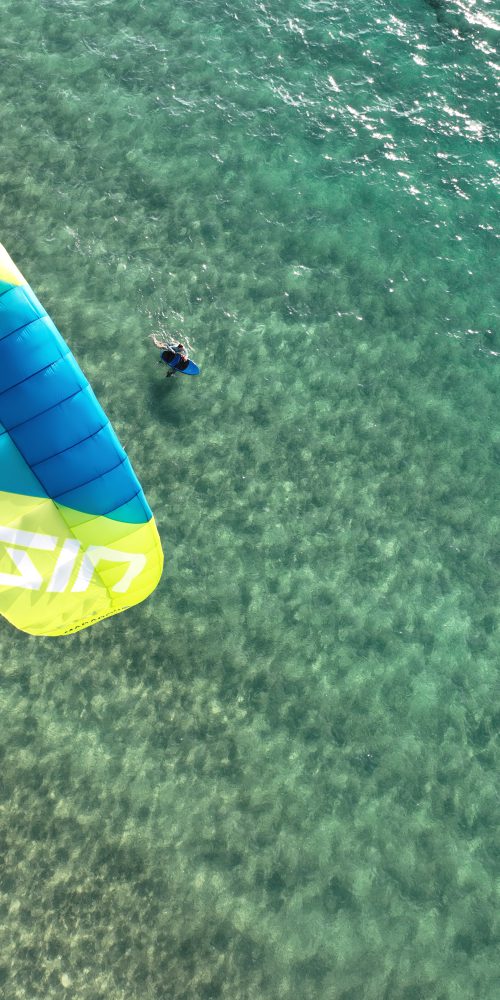 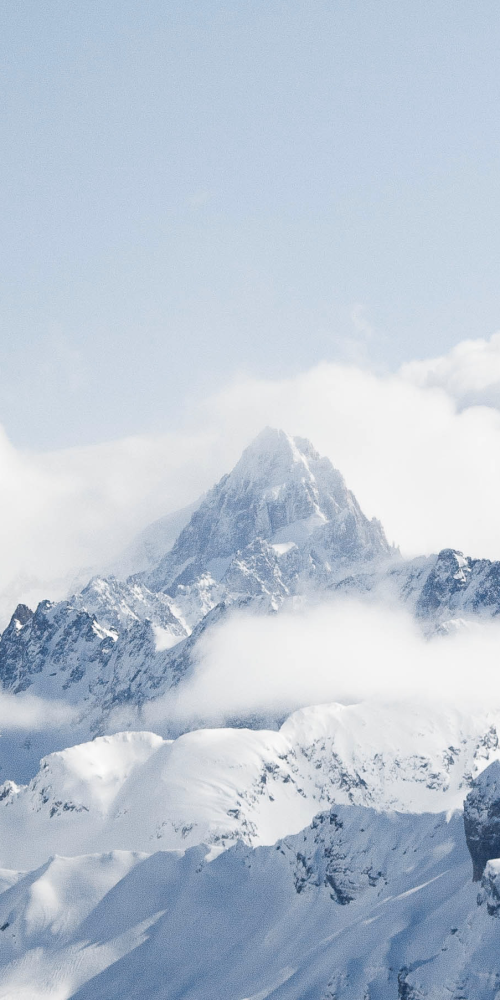